Semiconductors are often described as the backbone of the interconnected world. They have been proven as critical at every stage of development in modern electronics and communications. From the inception of early transistors – based on germanium and silicon crystals – to the invention of the integrated circuit (IC), we owe many of our technical achievements to semiconducting materials.

In this article, we will focus on plasma etching as a nanofabrication technique in order to convey some of the challenges of modern electronics engineering. We also aim to show how yttria-based thermal spray powders deposited as high-performance semiconductor coatings can maximise the lifespan of plasma chamber components.

Dry Etching: The Need for Semiconductor Coatings in Plasma Systems

Today’s semiconductors are deployed across the full spectrum of electronics applications, from next-generation telecommunications (i.e. 5G networks) to artificial intelligence (AI). Yet the performance demands of even conventional electronic devices are a far cry from their early counterparts. Manufacturers are routinely tasked with delivering compact electrical subsystems that are intrinsically safe and capable of efficiently performing multiple functions. 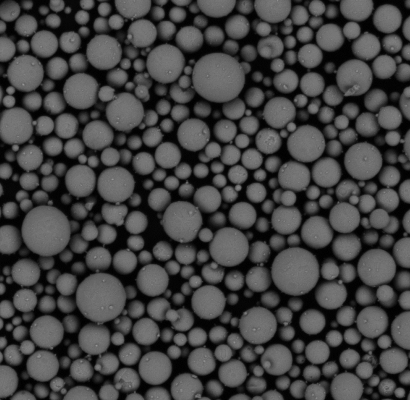 Dry etching has become an industry-standard method of delivering extremely small yet complex electrical elements with high electronic density. You take a thin film comprising a semiconductor coated with a photoresist that is exposed to a lithographic circuit pattern, then selectively remove material from the trace using high energy plasma.

Components deployed in ultra-high vacuum (UHV) plasma chambers typically exhibit relatively short service lives due to poor plasma erosion resistance. This is a unique mode of wear that can lead to gas implantation and/or chemical corrosion. Though this may eventually lead to failure, the more immediate danger is that particle dropout will contaminate workpieces. Modern semiconducting devices are made to extremely tight tolerances with fine pass/fail margins for process defects. Hence the need for precision semiconductor coatings that can simultaneously extend component lifespans and preserve the chemical integrity of the workpiece.

Saint-Gobain Coating Solutions has extensive experience in the development of high-density yttria thermal spray powders for semiconductor coating applications. We have patented a range of powder materials composed of <99.8% pure rare earth metal oxide and especially yttria with over 95% of particles present representing a sphericity of no less than 0.85. These metrics contribute to a greater density, truly homogeneous semiconductor coating that offers the best level of protection from plasma erosion without ever compromising plasma composition.

Unfortunately, we cannot suggest a one-size-fits all semiconductor coating solution for your dry etching workflow. Your plasma composition is determined by your process gas of choice which is in turn dictated by your substrate type. Why not contact a member of the Saint-Gobain Coating Solutions team today to find out which semiconductor dedicated thermal spray powder suits your needs best?